Sam Bankman-Fried, the founder of Crypto exchange FTX, clarified rumors about illiquidity to users earlier and ensured them that deposits and withdrawals are working just fine. As some of their users faced difficulty removing their Bitcoin holdings from the crypto exchange, FTX revealed that it was due to a limited number of throughputs on nodes but the matching engine is still up and running smoothly. Moreover, they stated that Bitcoin (BTC) withdrawals will continue facing difficulties until banks open but stablecoins redemptions shouldn’t be affected by this issue.

“BTC withdrawals: churning through them; node is throughput limited. We’re switching it to process from both ends, which should help speed it up.”

FTX crypto-users are struck with anxiety as their transactions have been stuck for several hours now. As the FUD (fear, uncertainty, and doubt) concerning FTX and Alameda’s future plans continues to grow amongst investors, many people are beginning to draw comparisons between this event and an earlier liquidity crisis.

In addition, the crypto exchange has also alerted users that they may experience difficulty redeeming stablecoins. The message stated that creations and redemptions ofstablecoins might be slower until banks open and can process wire transfers. FTX holds reserves in banks and coverts to stablecoins when necessary.

The crypto market is feeling the effects of FTT’s liquidations and stopped withdrawals. Currently, the price of FTX Token (FTT) is $22.50- down five percent in the past day.

On November 6, Binance CEO “CZ” announced that the company would be selling all of its FTX Token (FTT) holdings over the next few months. In fact, Binance exited FTX equity last year and received $2.1 billion in FTT and BUSD. The firm has already transferred $584 million worth of tokens, causing the FTT price to fall by over 10%. 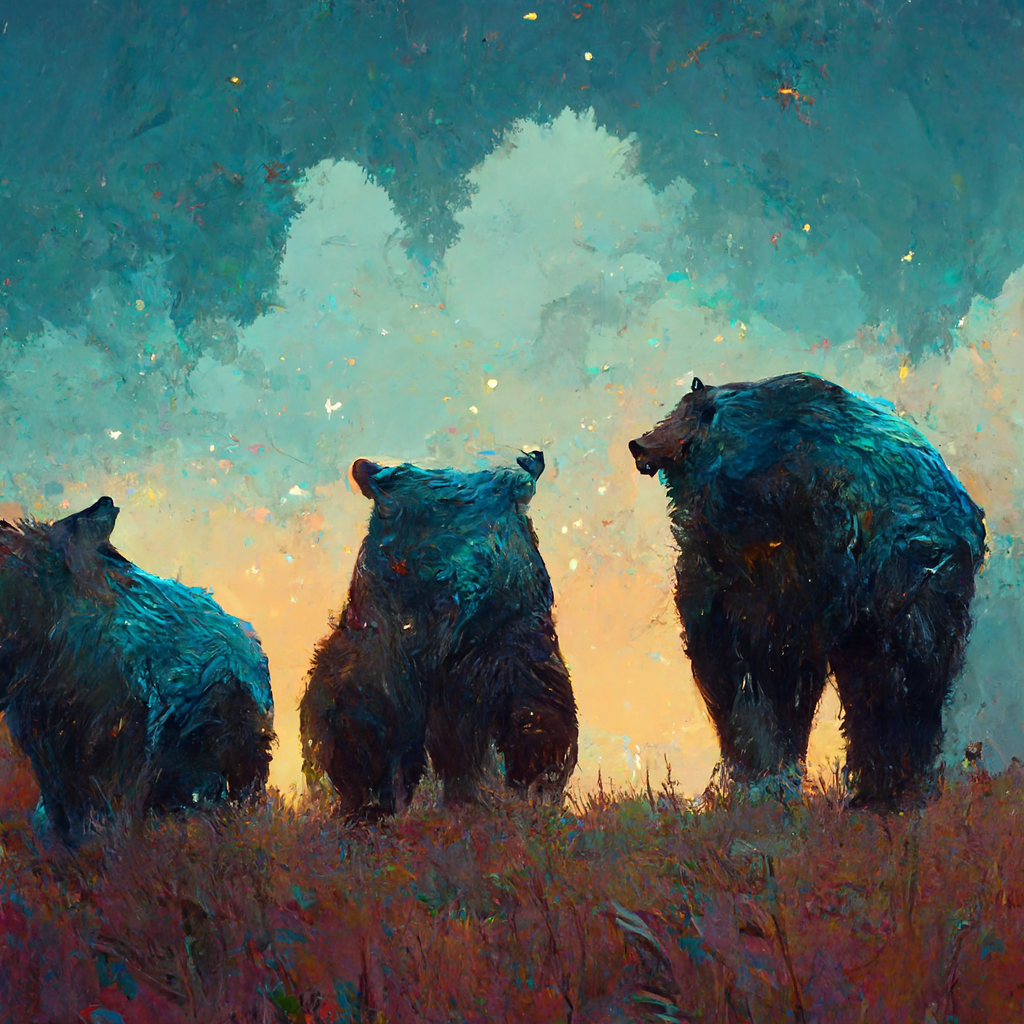 The Biggest Bear Markets Throughout History

After global markets saw an uptrend for two years due to quantitative easing, we have run into some serious obstacles. In fact, many believe we are currently in a bear market where stock prices are going down. This doesn’t just include stocks and cryptocurrency–it seems like everything is taking a hit these days. For example, Bitcoin is down 70% from its high point, and different stock indices have lost around 20%. With people’s confidence being relatively low right now, let’s take a look at some of the worst bear markets in history and see how people were able to recover afterward!

The Great Depression of 1929

The Great Depression of 1929 resulted in the biggest bear market in history. The stock market crash of September 1929 was the first domino to fall, triggering a chain reaction that led to many institutions collapsing.

Unemployment rates surged to 25% and the stock market tumbled by over 85%. It took the second world war to fix the damage, as it wasn’t until January 1945 that the market finally recovered.

Lehman Brothers was one of the top four investment banks globally, underwriting over $80 billion in mortgage-backed securities. However, their lack of background checks allowed people who should never have qualified for a mortgage to get massive loans. This led to one of the biggest housing market bubbles in recent history.

Home prices taking a tumble is what started it all. Countless people defaulted on their mortgages, and as a result, investment banks’ portfolios were destroyed. Lehman Brothers was one of these firms, and they quickly collapsed. This brought the economy crashing down with them since so many businesses rely on stable markets. The S&P 500 lost nearly half its value in 18 months following the crash while most economies worldwide entered harsh recession periods .

The Dot-com Bubble is a recent crash that stay fresh in the minds of many people. In the years preceding the new millennium, investor interest was through the roof for tech stocks.Sentiment surrounding these companies was so good that people would buy anything related to this market because of peer pressure . This went well until Nasdaq–that ran on internet frenzy–came screeching to a halt. The S&P 500 lost more than half its value and plenty of businesses didn’t make it out alive.

The stock market crash on Black Monday in 1987 was so severe that it wiped out a quarter of the Dow Jones’ value in only one day. This event caused much panic and prompted global discussion. In 2020, the covid pandemic created another stock market crash, but it pales in comparison to Black Monday; The latter was twice as intense percentage-wise.

In 1973, economists were optimistic. The markets had beengrowing steadily for years, and there was no reason to believe this would change soon. Even shortly before the crash, Time Magazine wrote about their expectation of another year of strong performance.

The global economy entered a recession, with the U.S. GDP growth rate falling from 7.1% to -2.1%. Inflation also rose sharply, reaching 12%. These effects were felt across the world, causing major indices to fall slowly over 700 days. This decline halved the value of the S&P 500 once again. The United States then fell into a period of stagflation, with inflation reaching 25%. It wasn’t until 1993 that American stock markets reached a new all-time high again.

This bear market holds the record for largest percentage losses ever. After Cyprus Stock Exchange hit its highest point in November 1999, it entered what is considered the most brutal and devastating bear market globally. In a timespan of five years, it lost 92% percent of its original value.

The market indicated a dead cat bounce over several years, only to decrease by 86%. Then, in October 2013 it hit the bottom. From its 1999 peak value ,the market lost an unbelievable 99.2% of its total worthiness. That’s correct: after losing 90% of its cost, the market went on to lose ANOTHER 90%! The Cyprus economy never stabilized as you can see from the graph below.

With Bitcoin once reaching $20,000 only to fall by over 60% a short few months later, you’re likely not the only one this has happened to. And after many hacks resulting in bans and regulatory measures, December of 2018 saw Bitcoin hitting an ultimate low at $3,200.

The recent bear market, brought on by coronavirus, was the shortest one on record. The stock market crashed in early March, but it took just six months for it to recover its losses. With central banks worldwide turning to quantitative easing, this bear market marked the start of a sharp bull run that only lasted for a few months. But that bull run eventually led us to the current economic winter we’re experiencing now.’

How to Short Ethereum

In recent weeks, the value of Ethereum’s internal cryptocurrency, Ether (ETH), has fallen by more than 25% from $11 to around $7.50. At the same time, rival digital currency Bitcoin (BTC) has gained 6.5%. Some are guessing that a series of flaws and setbacks in Ethereum code and security breaches have finally undermined its value and see prices falling even further. For those looking to profit from potential ETH price decreases, here is how to short it…

For investors seeking to take advantage of a falling market, short selling is an option where you can borrow assets that you don’t already own from somebody who does, then sell it in the market with the hope of buying it back at a lower price. Online cryptocurrency exchanges offer margin facilities to enable this type of borrowing. Some exchanges lend directly using their existing stock of cryptocurrency while others utilize peer-to-peer credit arrangements from other users. For example, Poloniex and Kraken offer P2P lending options while BTC-e offers direct margin lending.

If a trader believes that ETH will decrease in value when pitted against Bitcoin, they can buy Bitcoin and then trade it for Ethereum once the former has lost some value. While this won’t always result in a profit, it’s more likely to happen than if the trader had simply exchanged Ethereum for another cryptocurrency.

Recently, Ethereum’s cryptocurrency, Ether, has lost more than 25% of its value and some believe that the negative trend will continue. For those looking to make money from a falling price, online exchanges offer short selling using margin. Alternatively, traders can take the opposing position in ETH/another digital currency pairs.